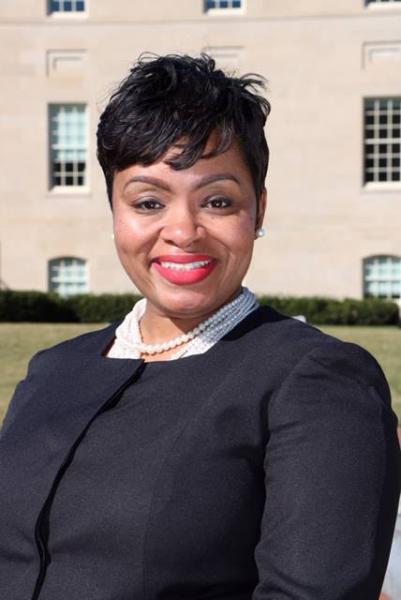 Nicole A. Cook is the Chief Administrative Officer for the DC Department of Human Resources (DCHR) where she oversees HR, communications, procurement and facilities.  Nicole has over 18 years of District Government service, and has served in a number of key roles during her tenure, including Program Manager for the Emerging Leaders Programs under former Mayor Adrian M. Fenty; Human Resources Specialist for District Executives and Cabinet-appointed employees under former Mayor Vincent C. Gray; and Chief Learning Officer under Mayor Muriel Bowser, to name a few.  Nicole returns to DCHR after serving as the Human Resources Manager for the Circuit Court for Prince George’s County where she initiated a new HR infrastructure.

Some of Nicole’s key career accomplishments include implementing the Citywide Lean Six Sigma Program in DC Government, revitalizing the District’s eLearning program through Skillport, and renewing the formal partnership between DC Government and the University of the District of Columbia, which offers in-state tuition to all DC Government employees.

Nicole is a former Capital City Fellow and a graduate of The Metropolitan Washington Council of Governments Regional Executive Development Program where she earned her designation as a Certified Public Manager.  She earned her undergraduate degree and her Master of Business Administration at Southeastern University.  More recently, Nicole earned her certification as a Senior Certified Professional from the Society for Human Resources Management (SHRM).

Nicole remains actively engaged in her community through volunteerism.  In addition to donating her time to local organizations in the District, she is an avid supporter of the Be The Match - National Marrow Donor Program.